The Cassowary Coast, in the Far North Queensland region of Queensland, Australia, is situated between the major regional cities of Cairns and Townsville, stretching along a 150 km of coastline from the seaside town of Cardwell in the south to Innisfail, with many art deco buildings, to the north.

The Cassowary Coast is named after the distinctive and endangered flightless bird which inhabits the region, and it covers an area of approximately 4,700 square kilometres. It is bordered by the Great dividing range to the west, and the great barrier reef in the coral sea to the east. It contains the highest mountains in Queensland, with two being approximately 1600m.

The region is a mix of town, rural and coastal communities boasting beautiful beaches, lush hinterland and scenic mountains with a large percentage of the region being National Parks, of which many are world heritage listed. The most recognisable industries linked to the region are tourism and primary industries. The Cassowary Coast is Australia's premier banana-growing region and a well-known sugar cane-growing region with a number of processing mills. The high rainfall means this is one of the wettest and greenest places in Australia.

The Cassowary Coast is well connected to other parts of the state via the Bruce Highway, in this area known as "The Great Green Way", which passes through many of the region's townships. The Palmerston Highway provides connectivity with the cooler elevated Tablelands region. 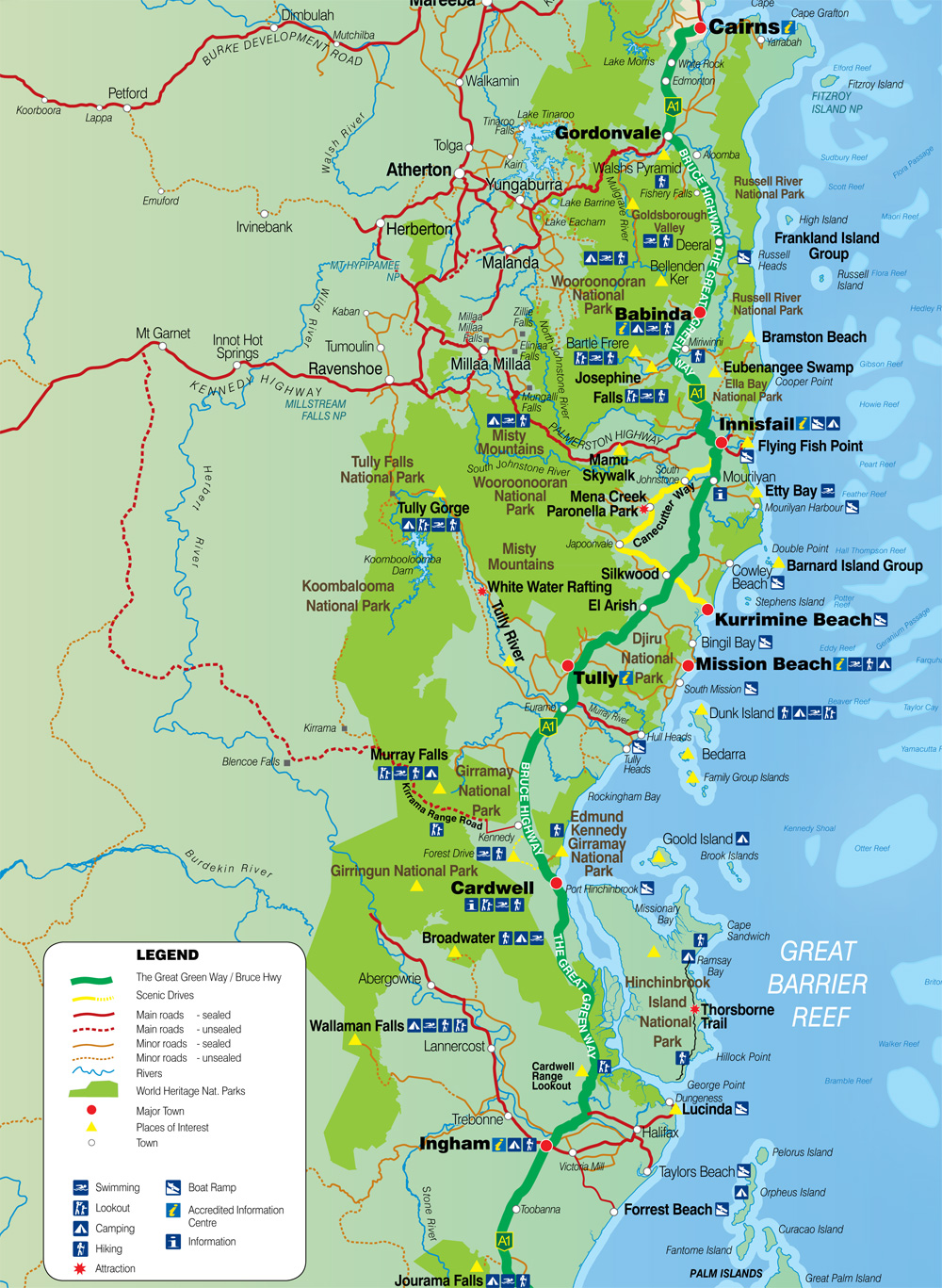