As the largest living structure on the planet, the Great Barrier Reef is incredibly rich and diverse.

Stretching 2300 kilometres, this natural icon is so large it can even be seen from outer space.

While it’s known mostly for its large maze of colourful reefs, its intricate architecture also provides a home for a huge number of animals and plants and many beautiful islands. Some of the animals, such as turtles, have been around since prehistoric times and have changed little over the millennia.

The breathtaking array of marine creatures includes 600 types of soft and hard corals, 3000 varieties of molluscs, 1625 types of fish, 133 varieties of sharks and rays, and more than 30 species of whales and dolphins. 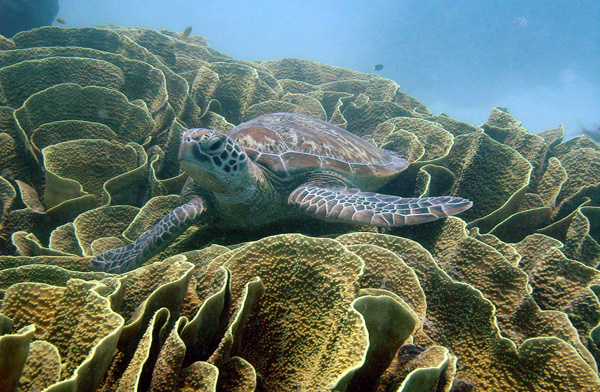 The Great Barrier Reef Marine Park, created in 1975, covers 344,400 km2 in area with 3000 coral reefs, 600 continental islands, 300 coral cays and about 150 inshore mangrove islands extends south from the northern tip of Queensland in north-eastern Australia to just north of the city of Bundaberg. It is  between 60 and 250 kilometres in width, has an average depth of 35 metres in its inshore waters, while on outer reefs, continental slopes extend down to depths of more than 2000 metres. The main section of the reef offshore from Mission Beach is relatively close to the coastline, at about 30km, with a variety of reefs with different features and sea life accessable.

There are a number of island and reef tour operators with a range of offerings. In February some, but not all operators are closed for annual maintenance. The Frankston Islands, to the North of Mission Beach, have good reefs around them also with group tours all year round. Private tours are also available from these operators. The whale watching season for Humpback's is normally from June to September so this may be included in a tour over this period. Reef tour operators provide wet suites/ stinger suites, and snorkling gear at no charge. The wet suit is for winter time if needed, the stinger suite for summer time is to protect against the very low risk of a jellyfish sting - it is not compulsary but we recommend it for sun burn protection so you can focus on your snorkling and not worry about do you have enough sunburn cream on!

For early tour departures, we can arrange early breakfast for you in these cases.

Dunk Island is where there are sandy beaches to swim and beautiful National Park walks at sea level and to the mountain top, with a bar on the main sandy spit that operates from time to time. It is also the location of the Dunk Island resort that is under renovation and so is closed.

The water taxi operates regularly between Wongaling Beach and Dunk Island. Check their website for updates at www.missionbeachwatertaxi.com or phone: 07 4068 8310

There is also a Three Islands Tour Departing 12.30 Mondays, Wednesdays and Friday returning at 3.30pm for $50 per person.

Cruising and Mountain Bikes can be hired from the Water Taxi Office for $15 day.

Snorkling/Diving day trips are available, taking in a minimum of two separate outer Barrier Reef coral sites.  The sites are chosen on the day to suit weather and environmental conditions.  The vessel ‘Reef Goddess’ that takes you to the reef from Dunk Island has spacious deck areas, hot showers, toilets, a sun deck and a specially designed rear deck for entering and exiting the water. A full BBQ buffet lunch cooked by the ship’s Captain is provided with fresh prawns and complimentary tea and coffee.

Departs 8:30am, returns 4:30pm and departs from Wongaling Beach - the same place as the water taxi. Prices are $194 per person. Check their website for updates at www.missionbeachdive.com or phone: 07 4068 8240

If Sealords books your day snorkelling/diving trip with Mission Beach Dive, you receive a free return Dunk Island Water Taxi ride the next or following days of your stay.

The group tour includes a river cruise, then reef and island experience in a large modern boat with a maximum of 100 people, suited to all levels of swimming experience. Lunch is provided. Normanby island is a National Park part coral cay continental island with a healthy and vibrant surrounding coral reef community. Activities included an island guided walk and a guided snorkling tour off the beach. The trip to the island is the shortest open water crossing to the reef - whales may be seen. There is an expert marine biologist onhand to explain the Frankland Island's unique eco system.

Tours departs from Deeral on the Mulgrave River, north of Babinda (turn right onto Ross Road). It is about a 1hr 15 minutes drive from Sealords. Check in time 8.15 am for Departure at 8.30 am, returns at 3.30pm. We can help you make a booking. Prices are $190 per person. Extra $10 for an advanced snorkling tour.  Check their website for more details at www.franklandislands.com.au 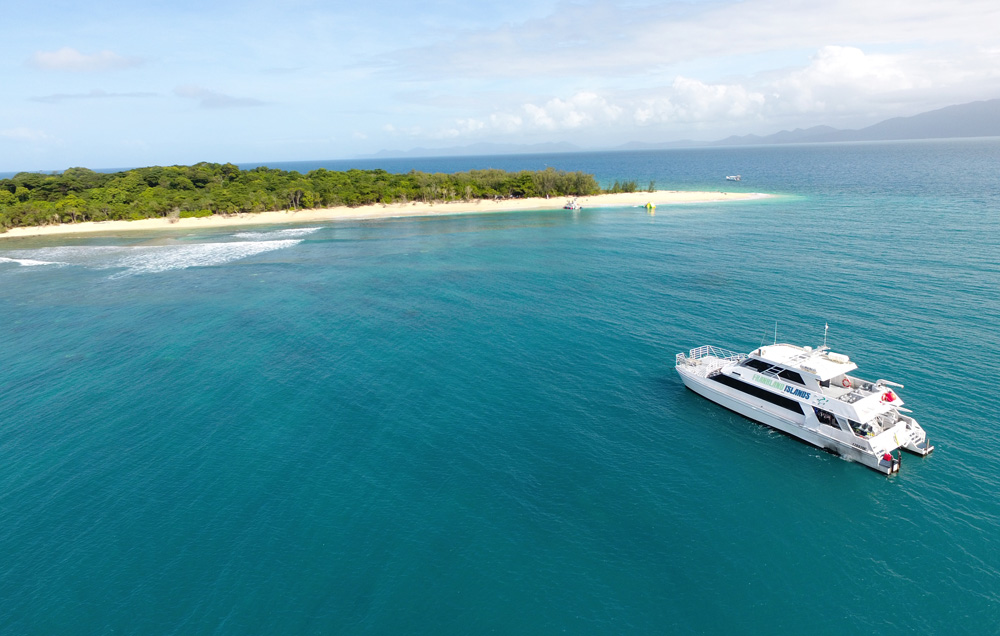 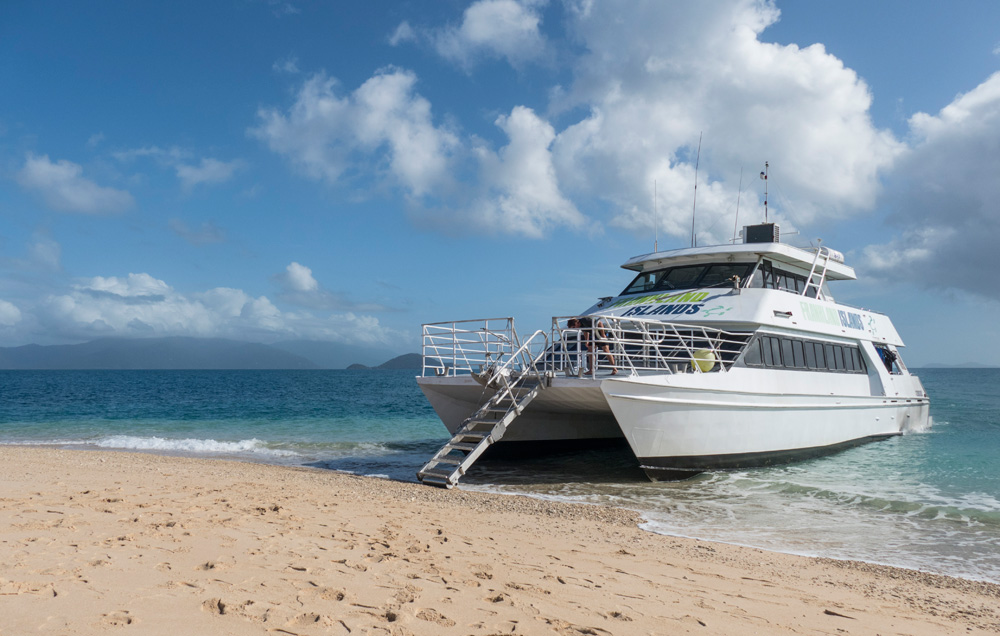 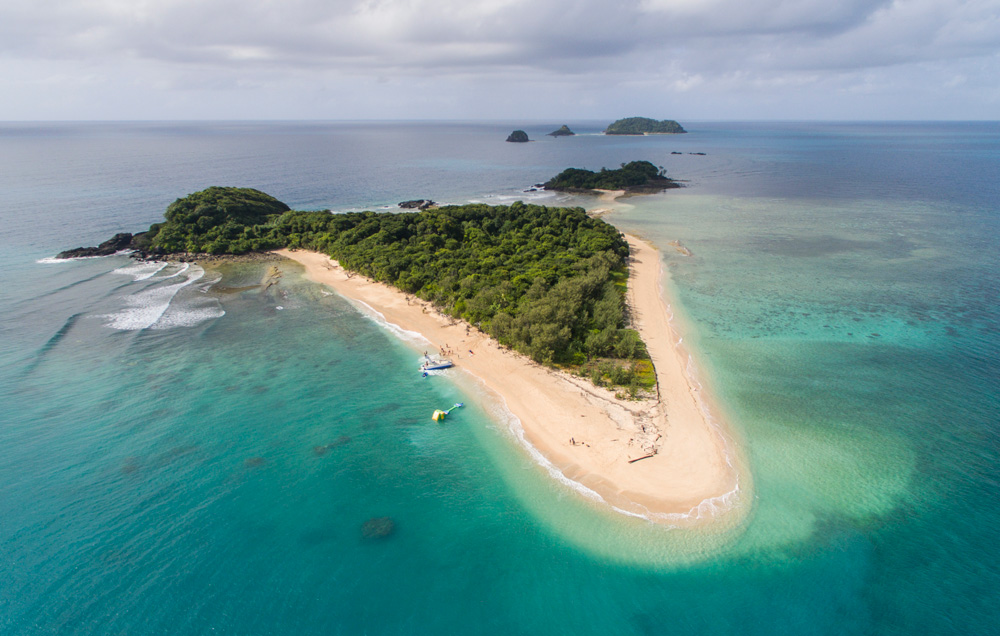 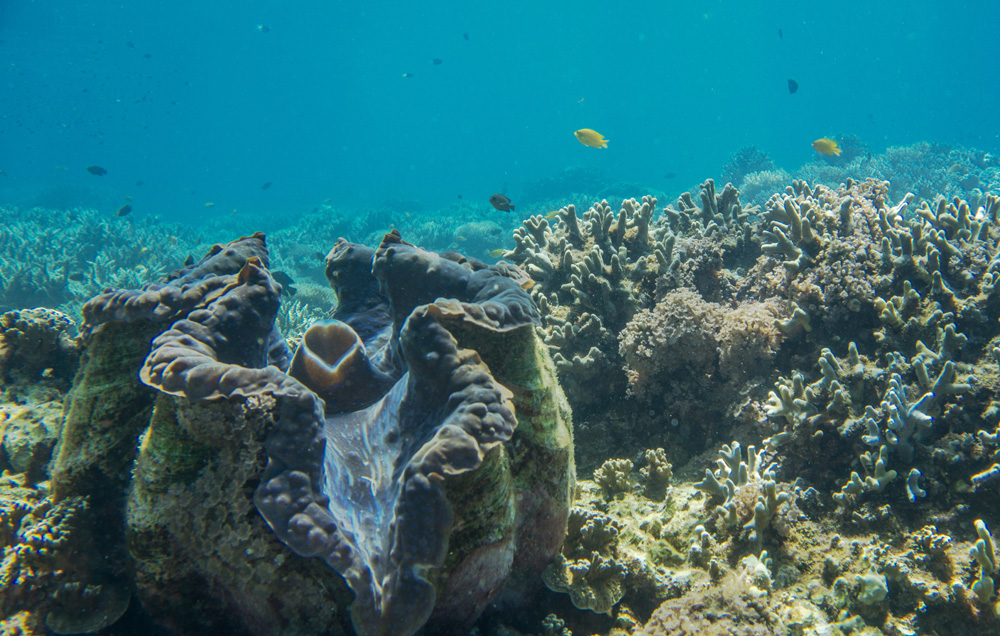 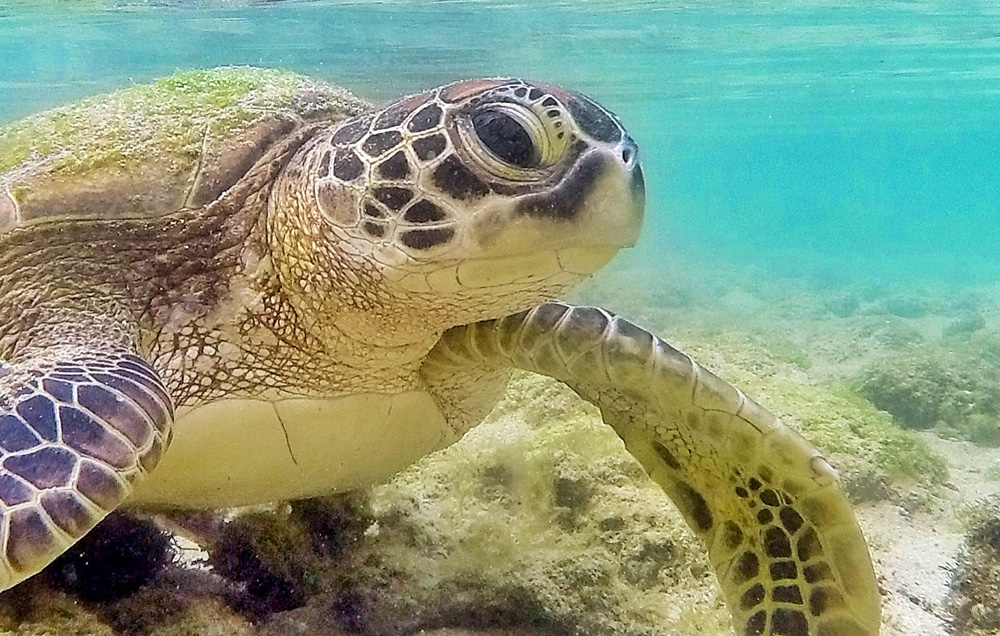 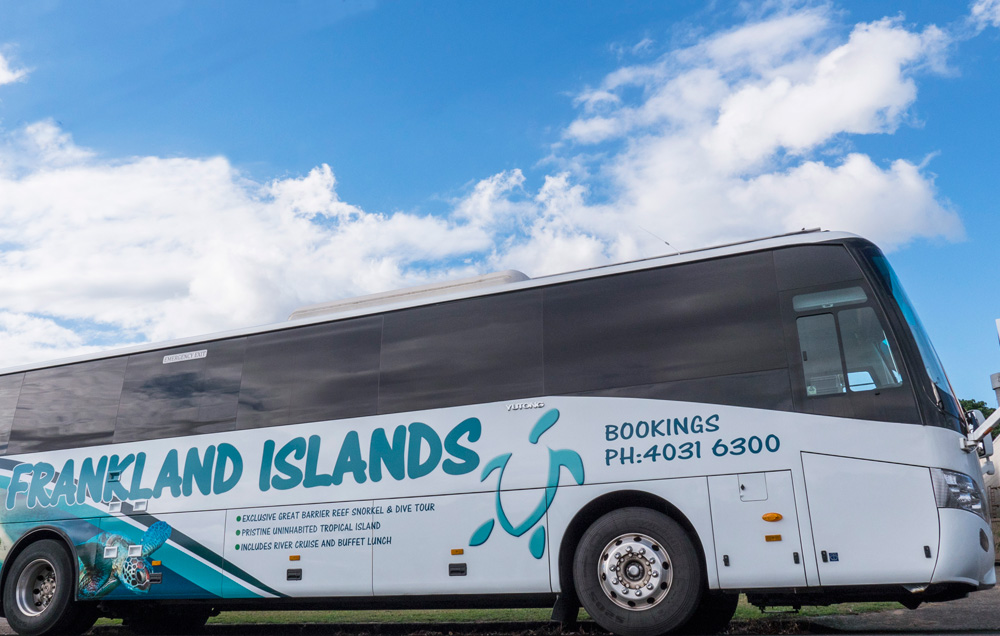 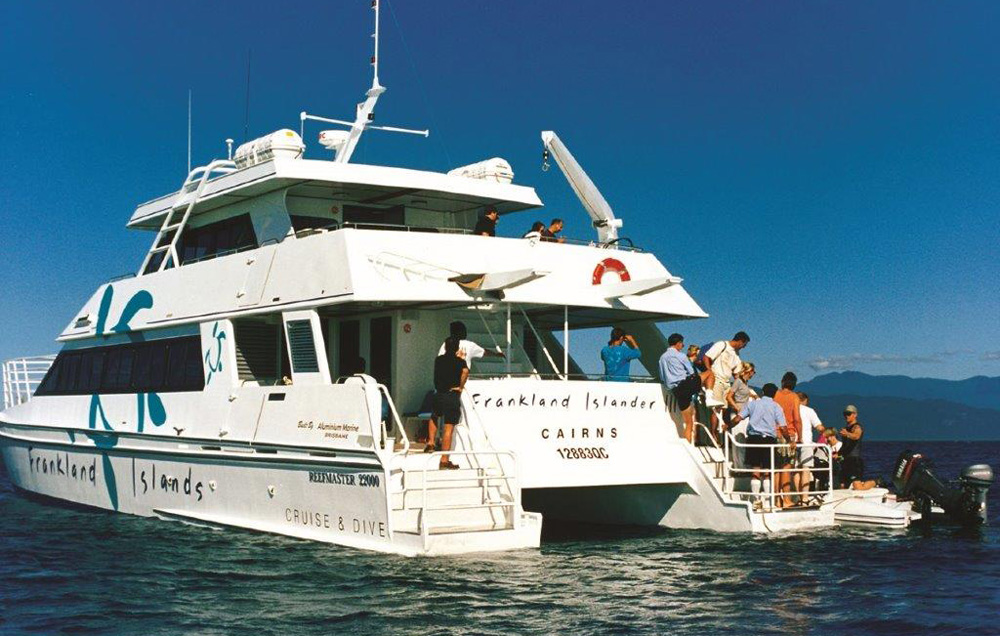 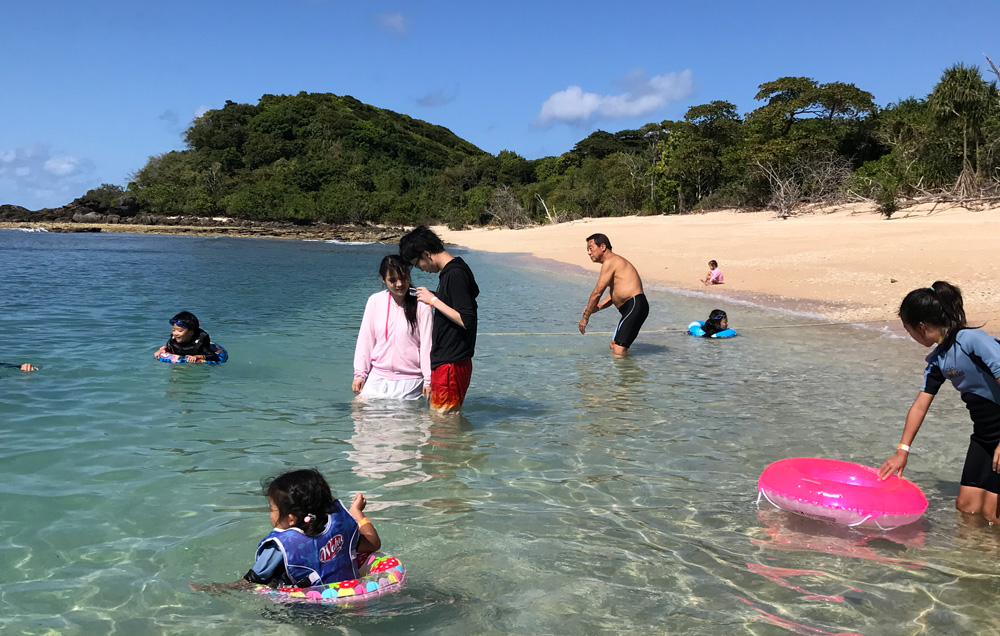 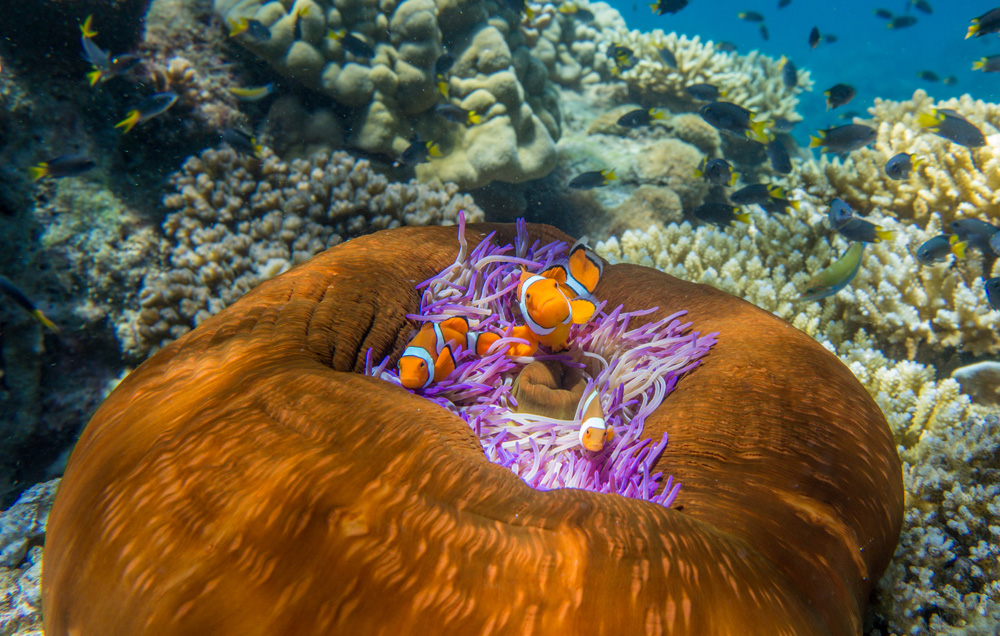 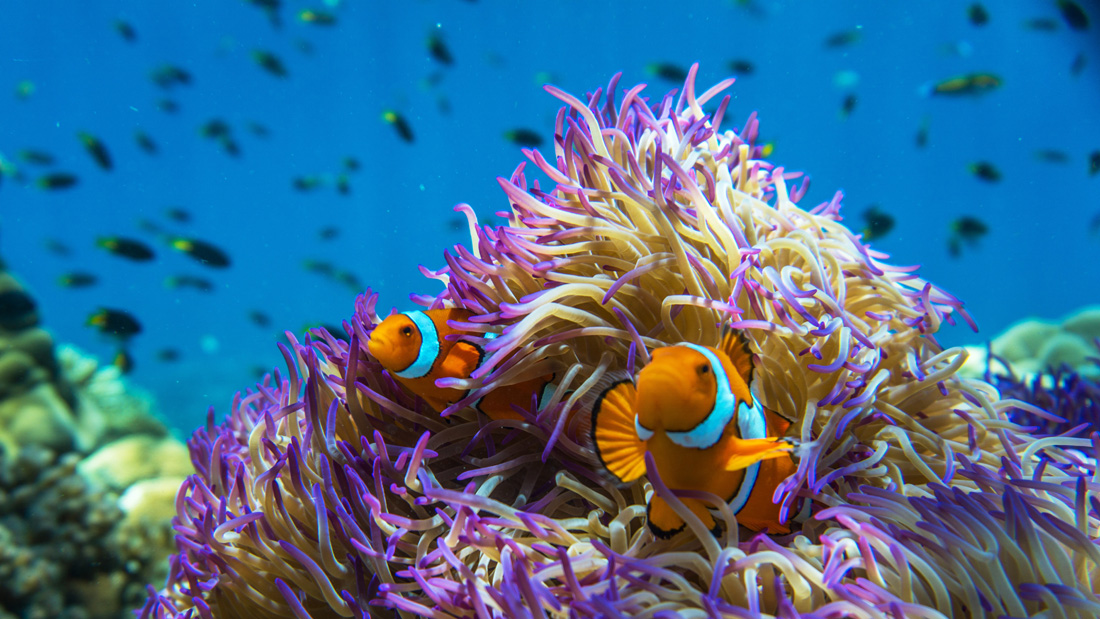 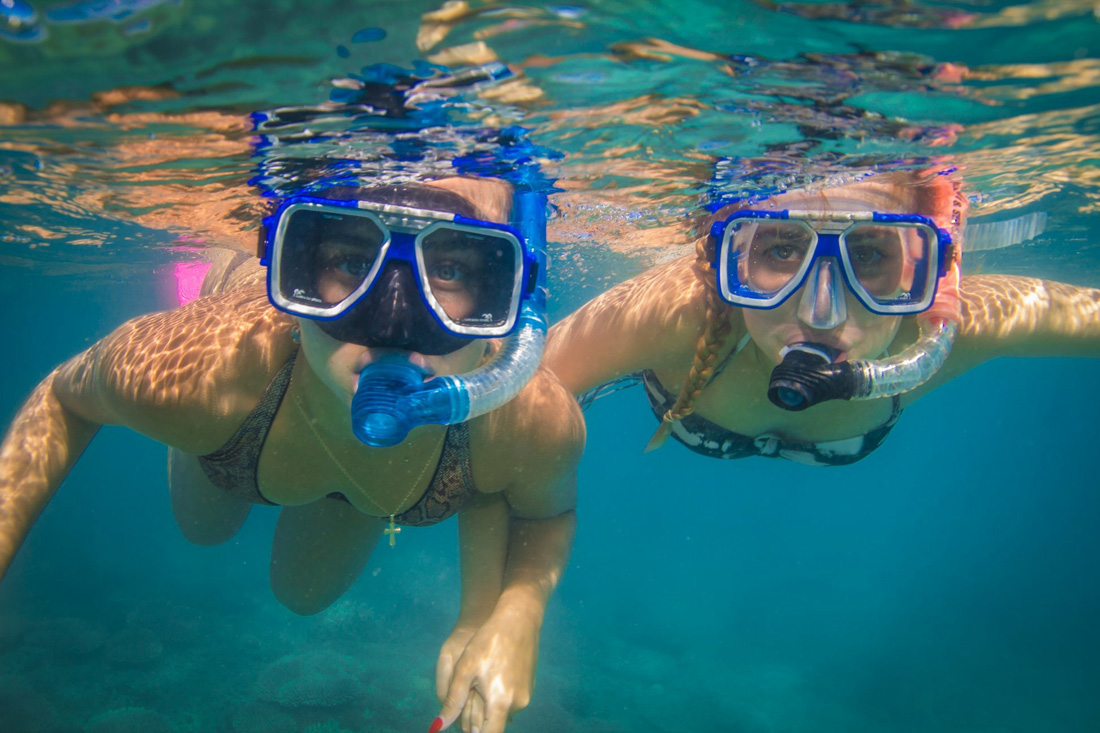 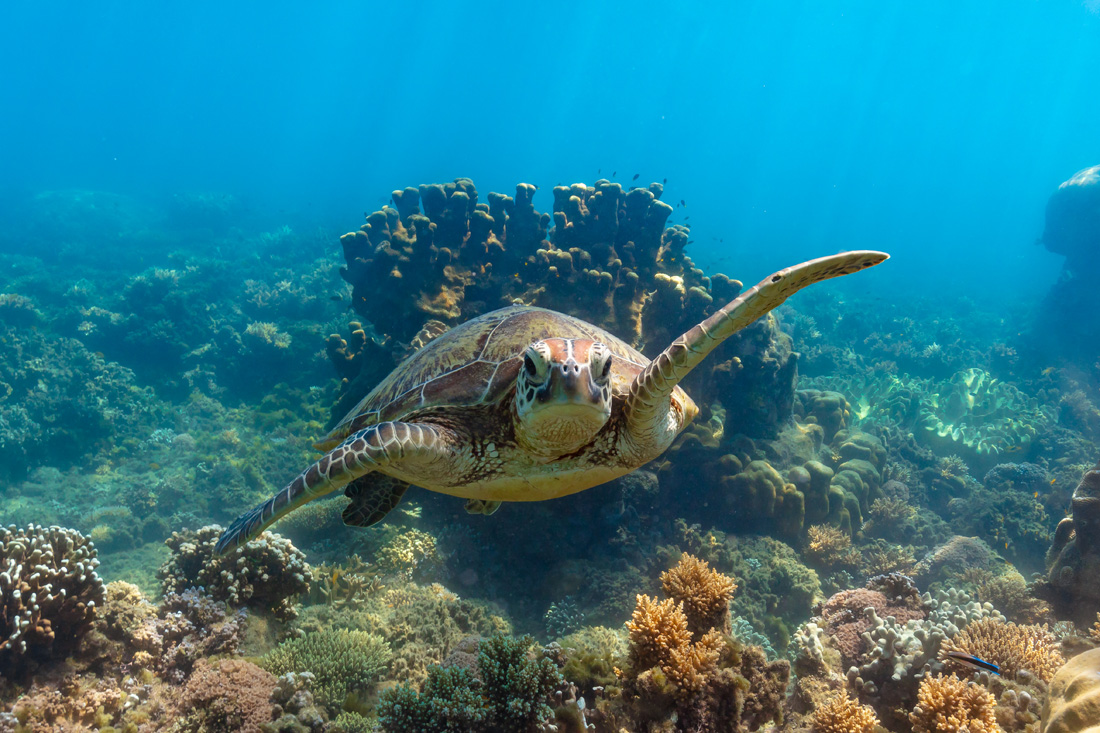 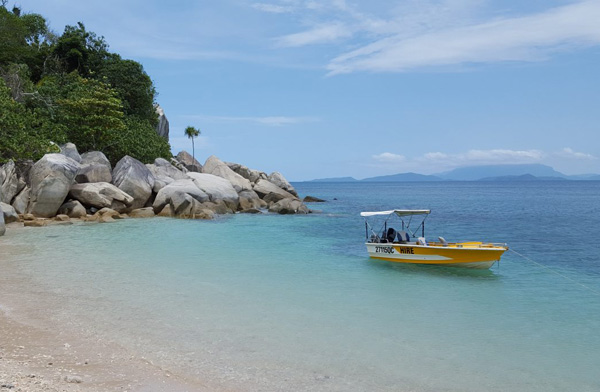 Many of the operators provide hiring/charter of larger/faster vessels. What is probably of more interest to Sealords guets is hiring a small boat, which does not require a boat license, and doing a 1/2 or full day tour yourself around the Family Island group. The scope of islands you can visit is based on the size of the engine of the boat you hire. The waters are typically calm due to the barrier reef, and it is quite safe to potter around the islands and stop for a swim or snorkel and take a lunch with you to eat on a beach that takes your fancy, or have something to eat from the Dunk Island Bar if it is open.

Located on the beach at South Mission Beach across from the Caravan Park, the operators provide a choice of three boat sizes from 6 to 40 HP. Prices range from $135 to $380 for 1/2 or full day. Jet skis can also be hired, Equipment such as snorkels can be hired for an additional fee. Check their website for more details at www.missionbeachboathire.com.au or phone: 0438 689 555

There are other operators who provide fishing, island, reef and whale watching tours.

If you are not sure which of these many choices you want to do, or how to get there, ask us for our suggestion considering the weather, school holidays, tides, and our local knowledge. All prices mentioned are a guide, so please check with us or the operator when booking.